Brian Burt became addicted to science fiction, fantasy, and horror stories as a boy while reading to pass the long hours spent driving to and from swim meets around the Midwest. His love of fiction evolved into a desire to tell his own stories, which sometimes got him into trouble. ("I swear, an alien ate my homework!")

Instead of pursuing a writing career, he got into computer programming because that was, by all accounts, more "sensible." While on a consulting assignment in Dublin, Ireland, he became sufficiently inspired by the magical scenery and the rich literary tradition to try writing his own short stories. He had more than twenty science fiction and fantasy tales published in small press anthologies, genre magazines, and online publications over the years. Along the way, a short story entitled "The Last Indian War" won the Gold Award (grand prize) in the Writers of the Future Contest, and a dark fantasy story called "Phantom Pain" received an honorable mention in The Year's Best Fantasy and Horror, edited by Ellen Datlow and Terri Windling. These encouraging experiences finally gave him the motivation to try his hand at a full-length novel.

That debut novel, Aquarius Rising 1: In the Tears of God, won the 2014 EPIC eBook Award for Science Fiction. Aquarius Rising 2: Blood Tide won the 2016 Readers' Favorite Gold Medal for Science Fiction.  Aquarius Rising 3: The Price of Eden has now been released from Double Dragon Publishing as well. This trilogy of novels stems from Brian's passion for environmental themes, exploring a potential future in the wake of accelerating climate change when a disastrous attempt to reverse global warming goes horribly wrong. The series focuses on human-dolphin hybrids called Aquarians who have built thriving reef communities among the drowned human cities along the coasts but are caught in an escalating struggle with human scientists determined to restore the continental wastelands at any cost.

Brian is married to a brilliant woman, a former software engineering colleague, who has long been his first reader and most trusted editor. He works as a cybersecurity engineer to pay the bills and lives in Plainwell, Michigan, with his wife and three sons, a corn snake named Jake, and an aging white German shepherd named Sif (after Sif the Great Grey Wolf from the Dark Souls video game franchise). His sons named the dog; Brian hasn't seriously played video games since the Pac-Man era.

Brian enjoys reading, cycling, hiking, horseplay, red wine, and local craft brews (so hopefully the virtues balance the vices, more or less).  At every opportunity, he uses his boys as an excuse to act like an unruly kid (which is why his wife enjoys rum, school days, and migraine medication). He hopes to keep writing speculative fiction novels with environmental themes, improving as a storyteller, and building a like-minded audience to visit imaginary worlds with him.

Media kits are available upon request. 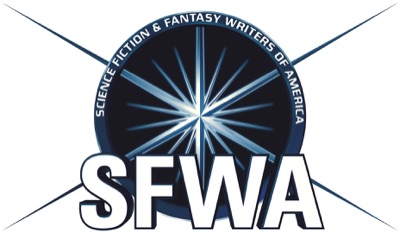 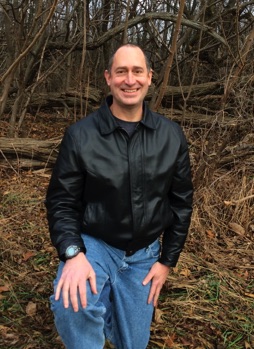